Everyone knows about the movies of the Korean industry. They have an extreme level of thrilling that is not found in any other industry movie. The movie The Call has been made to continue this, which was released on Netflix on November 26, 2020, and has come to the fore. The movie starring Park Shin-Hye, Jeon Jong-Seo. This movie story is based on the 2011 British supernatural horror film The caller. The director of this movie is Lee Chung-Hyun. Here, I will write about this masterpiece movie, including movie plot, story explanation, and review. If you are interested in it, please keep reading.

Twenty years ago, in 1999, Seo-Yeon’s father died in a gas explosion. And she blames her mother for that. That’s why Seo-Yeon’s relationship with her mother is not good. Now in 2019, her mother is ill. Seo-Yeon comes to the village to visit her sick mother. She stays at their old home and gets a call on the old lane phone, where someone is asking for help from the other side of the phone. At first, she avoids but later realizes that the girl who asked him for help has been calling him with the same home and the same lane phone for 20 years.

This means that the call came to him from 1999 to 2019. They started talking, two people living in two times strangely found a means of communication. The girl’s name has been Young-sook since 1999. One day, Seo-Yeon told Young-sook that her father had died in a gas explosion on November 26, 1999. However, Young-sook, who was in 1999, arrived at Seo-Yeon’s home before the gas explosion on November 26, 1999, to save her father, and miraculously returned to Seo-Yeon in 2019. 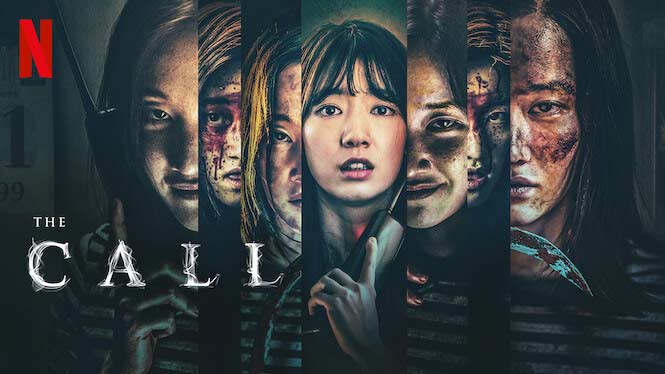 Suppose you were crippled by a car accident in 2016, and now, in 2021, you have the means to communicate with a friend of yours (in your past). You told him not to let you out of the house in the past. She did so, and your car did not have an accident. Now in 2021, you are not lame (parallel timeline and parallel reality started). So, in 2016, two days passed from sitting at home. Meanwhile, 2 days have passed in 2021 (parallel reality is running at both times). Now in 2016 (past), someone shot and killed you after these two days. And then you will disappear from the timeline of 2021. Finish your parallel timeline (Same parallel timeline, but two different realities have lost your existence). That’s how the timeline in a movie changes once, and the reality of that parallel timeline changes many times. The main reason is the time jump.

The reality of 2019 changed due to the changes of 1999. Simply put, here, 1999 is basically the exam, and 2019 is the result, and the time jump is the means to get that result from 1999 to 2020, which ignores the interval and goes straight to 2019. (It is the time jump).
Here, as the events change every second, so do the people involved in the events and their material changes, and it is through the time jump. This means that their belongings also change for every character who changes from 1999 to 2019 and disappears from 2019. The parallel timeline was running in 2020; in 1999, the real events changed again and again. And the results of which are reaching 2020, ignoring the time in the middle. That is the time jump.

From 1999, Young-sook’s call came to Seo-Yeon in 2019, which was not the case; in fact, she calls her girlfriend. Basically, from here, the reality of the two of them goes parallel to the parallel timeline (meaning they are out of the real timeline). As a result, the fire of 1999 can be seen in the Seo-Yeon of 2019. Seo-Yeon’s dead father’s return, the disappearance of Young-sook in 1999, the disappearance of 2019 / the killing of a strawberry farmer in the parallel timeline of 1999, the change in the parallel reality of 2019 (Strawberry’s farm was shut down 20 years ago) but she just brought strawberries to Seo-Yeon’s house. All of this happens through a time jump. In fact, every time the events of 1999 change, there is a time jump, and the reality of 2019 keeps changing. Note here that a parallel timeline is created only once, but a parallel reality is being created repeatedly in that timeline.

And the last reality of the movie was in 2020, where middle-aged Yongsuk tied Seo-Yeon. This means that the 1999 serial killer Yongsuk has never been caught by the police in her new reality, and she has been making serial killings till 2020.

It didn’t take me long to realize that the Koreans are perfect at making thriller films. One of their films’ specialties is that the first to last of the films will give you a different thrill level. It’s different from the Korean thriller. It will keep you stuck on the screen for a whole hour and 52 minutes. “What happened?!! “How did it happen?” Every minute will come into your mind, and you will be amazed as you watch the movie. A different kind of excitement will work. So if you are still interested in reading this masterpiece movie, please watch it quickly.

I hope you have understood the story explanation of the movie. I have tried to analyze the story of this movie easily and. If you have a problem understanding somewhere, please ask me freely by commenting on the below comment box. Please share this article with your friends who didn’t understand this movie’s plot, and you can do this.