South Korea. Whenever we hear this name, at first Korean movies and TV series come to our minds. Because initially, South Korea is famous for its various types of popular movies and TV series. In these movies, No Mercy (2010) is one of the best thriller movies every time. Kim Hyeong-jun is not only the director but also the story writer of this movie. Due to its shocking twist by the audiences, this movie has been selected besides.

Sol Kyung-gu was the main actor in this movie, and for his performance, he won the best actor at the 18th China Film Art Awards. Here we will make an article about the secret behind the No Mercy movie that might shock you. So, without any further due, let’s get started.

Kang Min-ho is a forensic pathologist, and he wants to spend time with his daughter so that he is about to retire. But when he found a young woman’s dismembered corpse on the local river, he agrees to do one last job in his career. He performed a graphic autopsy on the woman. Lee Sung-ho is the main suspect who is an environmental activist. Min Seo-young was a student of Kang, and Lee Sung-ho easily admits her fault to Min Seo-young.

Lee says that the woman stood against the construction that would divide the river into six parts. For this reason, she committed that crime. She also added that Kang’s daughter is kidnapped. Lee wants to release herself within three days; otherwise, Kang’s daughter will be killed. Min founds that Kang was involved in another case. That case was on three culprits who raped Lee’s sister. There Kang stood beside the three Min discovers that Kang was involved in another case, which was on three defendants and proved that sex was not forced. 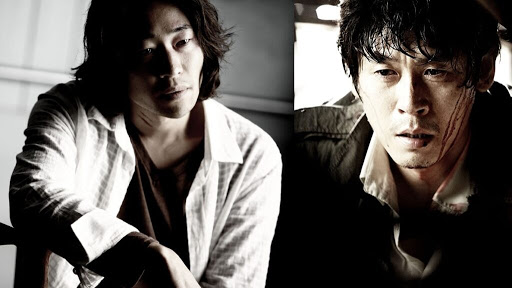 Then three culprits were free from charge, and Lee left with a full heart towards Kang. At last, lee also got freedom, and Kang follows him to his home. At that moment, Kang can realize that three defendants are dead, and Kang is the next target. Lee informs the location after viciously beats Lee about his daughter. They arrive at the location that lee informed them, and they found his daughter dead in a pile of rose petals.

A lesson was never to be taught to Kang by Lee. Lee just wanted to hurt Kang as much he got. That was all about revenge. So that Lee killed Hye-won. Kang had never got a chance to get his daughter back. Before starting the game, his daughter was killed. Kang doesn’t deserve his daughter killed. Mainly Kang was the primary target of Lee. Because Kang committed guilt to Lee, Kang will never understand Lee’s pain and anger, where his sister was raped and defamed.

So we can easily say that Kang’s daughter was not a defendant, but she was the victim only for her father’s fault. She never deserves this death. But she got it only for revenge towards her father.

Viewers Review Of No Mercy

I only can say that it is a must-see movie. Everyone loves Korean movies. But this movie stands very high from any other movie. It should be really a pleasure for anyone to watch this movie. Crime, Action, Thriller, these all brought chills to me. This movie originally stands on a nice story. It is all about revenge. If you start to watch this movie, you will not take a break, even not for the toilet. This movie has so many twists and many shocking scenes also. This is the first movie by director Kim Hyeong-Joon, and he directed this movie at an extreme level. So I personally recommend watching this movie at least one time. I hope this movie will give you so much pleasure.