I hope that no one will take it personally because I am writing this entire article from my personal opinion. We all know that South Korea is best for movies, dramas, and TV series. Mother is a South Korean action thriller movie. So we undoubtedly can say that this movie would be one kind of best movie of all time. In this article, I will tell you about the Mother movie, its plot, and user review. If you do still not know About this movie, It will be best for you to read this article fast to last. So let’s get started.

Mother is a South Korean thriller movie of 2009 with Korean’s original language directed by famous movie director Bong Joon-ho. This movie is starring Kim Hye-Ja and Won Bin. Choi Jae-won and Seo Woo-sik were the producers of this famous movie, and Bong Joon-ho and Park Eun-Kyo wrote the story of this movie. At the Cannes Film Festival in the Un Certain Regard section, this movie was premiered on 16 May 2009. This movie was initially released on 16 May 2009 in Cannes and 28 May 2009 in South Korea. The duration of this movie is 128 minutes. 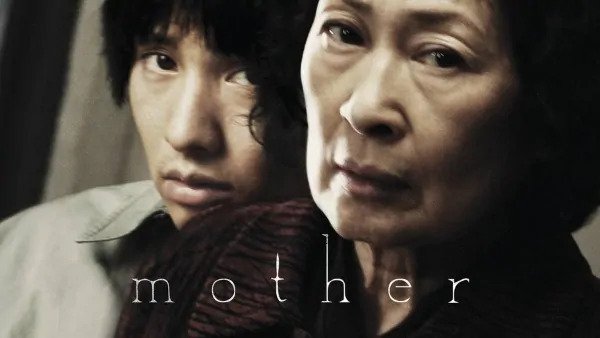 This movie is about an unnamed widow and her son and sells medicinal herbs in a small town in southern South Korea. Her son’s name is Yoon Do-Joon, and once he is hit by a car, as revenge, he and Jin-tae vandalize the car and attack the driver and passengers. But Do-Joon is blamed by Jin-tae for the damage done to the car, and Do-Joon was sued. For this reason, his mother struggles with the burden of the debt.

One day on his way from a bar, a girl is seen by him whose name is Moon Ah-jung walking alone. Do-Joon follows her into an abandoned building. She is discovered dead on the rooftop of that building the next morning, and for this murder, Do-Joon is charged. His mother tries to prove he is not the murderer, but she is unsuccessful. Then his mother goes to Jin-Tae’s house, and for her accusation, Jin-tae agrees to help the mother solve the case but for a fee. From a camera-shop worker, the mother leans that Ah-Jung had frequent nosebleeds. The mother rescues her when Ah-Jung’s friend is attacked by two young men looking for Ah-Jung’s phone. Ah-Jung accepted rice in exchange for sex that is claimed by Jin-tae to interrogate the men. Do-Joon is the real killer, ultimately revealed by the junk collector when he watched the interchange between Do-Joon and Ah-Jung. During which she throws a large rock at him, they have a short conversation about sex. He throws the rock back in retaliation and inadvertently killing her when she calls him a “retard”.

It must not be considered a “smaller” film in Bong’s oeuvre because it is ostensibly about an old lady. This is just a brilliant action thriller movie in South Korea. This movie originally about the memories of murder. This movie is on the top list of my favorite thriller or mystery movies of all time, directed by Bong Joon-hoo, and his directed movie also won Oscar.

While watching this film, I didn’t feel bored even for a short time. Several plot twists, a fantastic storyline, and fascinating acting with some emotional events made this film remarkable. If you have not seen this movie yet, without wasting any while go back and watch it quickly. For the storyline of this movie and the mind-blowing acting of all actors and actresses, this movie won 40 awards and got 46 nominations. This popular movie has an IMDB rating of 7.8 out of 10 with 51,148 IMDB votes.

Here we make an article about the Korean Movie named Mother. For making this article, we take some information from a very trusted website. We always tried to avoid the wrong information. However, the information that I added may not be 100% accurate. If you have any complaints about this article, please inform us of your compliance by adding a comment on the comment box. Please stay connected with us for the next update.