Movies can change our minds. There are different kinds of movies. In the present world, the South Korean Film industry has taken an honorable place for its uniqueness. People of the world are like movies of the South Korean film industry. Here I will list the top 7 Korean science fiction movies that you should never miss.

Signal (2016) is a science fiction TV series starring Lee Je-hoon, Kim Hye-soo, and Cho Jin-Woong. Kim Won-Seok was the main director, and Kim Eun-hee wrote the storyline of this series. This series is about detectives from the present and the past to connect by walkie-talkie to deal with a long-time unsolved case. “I Will Forget You” was the opening theme by Jung Cha-Sik, and the ending theme was “The One Who Will Leave” by INKII. This series has 6 wins and 7 nominations.

This is also a South Korean fantasy, romantic, thriller, and science fiction TV series known as W – Two Worlds starring Lee Jong-suk and Han Hyo-Joo. The released date of this movie is July 20 – September 14, 2016. Jung Dae-Yoon was the main director of this series and was produced by Oh Min-Su and Kim Sang-hun. This movie’s creative directors were Kim Seul-ah, Kang Hee-Ju, Jung Yoo-jin, and Jung Jin-Chul. It has 16 episodes with a running time of 70 minutes.

This series is about the romance between Kang Chul, rich, and Oh Yeon-Joo, a real-world surgeon. They live in the same era but in different worlds. This series comes with the original country of South Korea and the language of Korean. The rating of this movie is 8.1 out of 10. Nine: Nine Time Travels (2013) is a mysterious science fiction TV series directed by Kim Byung-soo and produced by Lee Sang-hee and Jung Se-ryung. It has 20 episodes. This series is about time travel. A man who traveled 20 years back to keep his family safe and wanted to change the world he lived in today. The released date of this series is 11 March –14 May 2013.

This series was aired on TV on Mondays and Tuesdays at 23:00 (KST) with the original network. This series is a South Korean production in that original Korean language, but many shooting locations in Nepal. This series has an IMDb rating of 8.3 out of 10 with 4040 IMDb votes. 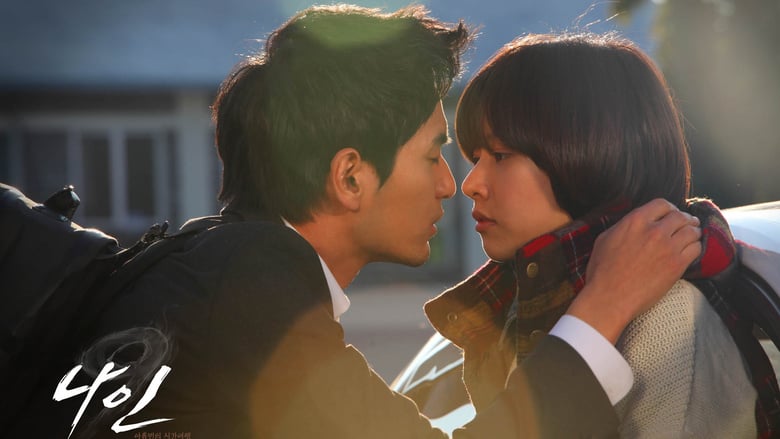 My Love From the Star (2014) is a South Korean romantic fantasy science fiction TV series. This series was initially released on TV on December 18, 2013 – February 27, 2014. Jang Tae-Yoo is a famous movie director in the South Koran film industry, and he directed this movie. Moon Bo-mi was the producer of this movie. It has 21 episodes.

This series is about an alien named Do Min-Joon who came to the world 400 years ago and will return to his planet within 3 months. This series has an 8.1 rating out of 10. Man From Star was the first opening title of this series. This series has 21+ episodes and one special episode. My Love From the Star comes with the original country of South Korea and the original language of Korean. Life on Mars (2018) is a science fiction TV series produced based on the 2006–7 British series. The director of this series was Lee Jung-Hyo starring Jung Kyung-ho, Park Sung-Woong, Go Ah-sung, Oh Dae-hwan, and Noh Jong-hyun. In this series, there showed the lifestyle of mars. Han Tae-Joo is a character of this series which leads a crime investigation team. When he was solving a serial murder case, then he had an accident. But when he woke up, he found himself in 1988.

This series has 16 episodes with the original country of South Korea and the original language of Korean. These episodes were aired on OCN from June 9 to August 5, 2018, on Saturdays and Sundays at 22:20 (KST). The Alhambra (2019) memories are a science fiction TV series released on December 1, 2018 – January 20, 2019, starring Hyun Bin and Park Shin-Hye. The director of this movie was Ahn Gil-Ho. Song Jae-Jung wrote the story of this movie. Yoo Jin-Woo is a character in this movie who was the CEO of an investment company. He visits Granada, Spain, for business and stays at an old hostel run by Jung Hee-Joo. There, he gets involved in a strange affair. Are You Human? (2018) is also a South Korean TV series starring Seo Kang-Joon and Gong Seung-Yeon. This series was released on  June 4 – August 7, 2018. It has 36 episodes. The director of this series was Cha Young-hoon, Jo Jung-Joo was the story writer of this series, and the Executive producer was Lee Jae-Gil. Nam Shin’s family runs a large company. He falls into a coma for an unexpected accident.

His mother creates an android named Nam Shin III, which looks like her son’s name. It has an 8.1 rating out of 10. This awesome series has 36 episodes, and the duration of each episode is 35 minutes. These episodes were aired on KBS2’s Mondays and Tuesdays at 22:00 (KST) time slot, from June 4 to August 7, 2018. KBS2 was the original network, South Korea was the original country, and Korean was the original language of this series.