We all know that South Korea is famous for producing many famous movies and TV series every year. I Saw the Devil may be marked as one of the best action-thriller movies that South Korea has ever made. Before starting the article, I want to make sure that I’ll add here my personal opinion. In this article, I am going to mention a South Korean movie named I Saw the Devil. If you don’t know about this movie, reading this article fast to last will be perfect for you.

I Saw The Devil

I Saw The Devil is a South Korean Thriller Film directed by famous South Korean director Kim Jee-Woon in Korea’s original language. This movie was initially released on 12 August 2010 in South Korea, on 21 January 2011 in Sundance, and on 4 March 2011 in the US & Canada. Kim Hyun-woo was the producer of this movie, and Park Hoon-Jung wrote the story of this movie. This movie is starring Lee Byung-hun and Choi Min-Sik.

I Saw The Devil Movie Plot

This movie is about Kim Soo-Hyun, who is a NIS agent. A psychopathic serial killer Jang Kyung-Chul murders his wife, and for this reason, he embarks on a quest for revenge. Jang Kyung-Chul is a bus driver, and one night, he encounters a pregnant woman whose name was Jang Joo-Yun and offered to fix her flat tire. Kyung-Chul executes her with a makeshift guillotine at his home after beating her unconscious, and the body-parts were scattered into a local stream.

A boy discovers one of Joo-Yun’s ears, and then the police arrive en masse to search. Jang Joo-Yun was the wife of Kim Soo-Hyun, and so that he vows to take revenge against the murderer. He learns the four suspects from Squad Chief Jang, and he proceeds to privately torture and interrogate two of them. Kyung-Chul is the third suspect, and when Kim Soo-Hyun searches the house of Kyung-Chul, he finds Joo-Yun’s engagement ring. It proves that Kyung-Chul was the perpetrator.

After some time, Soo-Hyun beats Kyung-Chul unconscious for bringing a schoolgirl home and sexually assaulting her. He does not kill Kyung-Chul rather decides to shove a GPS tracker down his throat for listening to the conversations and allowing him to see Kyung-Chul’s location in real-time. For killing the fourth suspect, Soo-Hyun struck out preemptively after finding the real taxi-drivers body in the trunk. Hyun throws that three bodies to a small town where Kyung-Chul sexually assaults a nurse.

Kyung-Chul has a murderer friend named Tae-Joo. He visited his friend and explained his situation. Along with Tae-Joo’s girlfriend, Soo-Hyun arrives and incapacitates both murderers. Tae-Joo and Se-Jung both are arrested by the police and sent to the hospital the next day. In these ways, Soo-Hyun takes revenge for killing his wife. I saw the Devil is a South Korean top famous action thriller movie of all time. Kim Jee-Woon is a famous movie director of South Korea, and he directed this movie. I personally do not refer you to watch this movie with your family. Because there are many adult scenes in this movie, I’ve seen this most-heart-touching Korean language movie. This movie tells the story of taking revenge in some thrilling way. It establishes important roles in life and sets an example.

Several plot twists, a fantastic storyline, and fascinating acting with some emotional events made this film remarkable. If you have not seen this movie yet, without wasting any while go back and watch it quickly. For this mind-blowing storyline and amazing acting of all actors and actresses, this movie won 16 awards and got 19 nominations. This movie has a 7.8 IMDB rating out of 10 with 109,346 IMDB votes.

This article is about a South Korean action thriller movie named I Saw The Devil, this movie plot and user review. For making this article perfectly, some important information was taken from a very reputed website on the internet. I always tried to add the right information about this movie. However, the information that I have added may not be 100% accurate. Because to error is human. If you can find any wrong information in this article, please inform us of the right one by adding your valuable comment in the comment box below. Please stay connected with us for the next update. 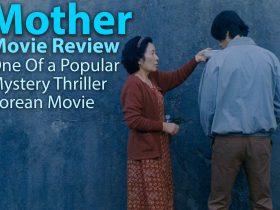 The Movie Old Boy Is Beyond Morality- Logically Explanation 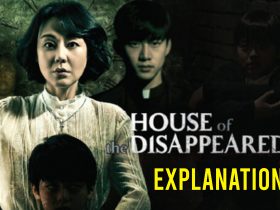 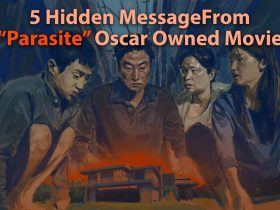