The story of House Of The Disappear movie started with a strange scene in 1992 of a family of 4 members. This movie got an average IMDB rating of 6.3 out of 10. That means it has a decent rating. This movie is one of the best mystery-thriller movies in the South Korean Film industry. Let’s discuss this movie, how things were turning toward in the story.

House Of The Disappeared Movie Storyline

At the starting of this movie, we see the family of a young woman, Emily. She lives with her husband, Zed, a detective, and her two sons John and Jack. Her husband tried to hit her and his son John (John is the son of Emily’s ex-husband). Emily becomes unconscious, and when she wakes up, she saw someone killed her husband with a knife, and then she saw something unpredictable that someone took her son John from a door. But when she opened the door, she was surprised by what she saw. Behind the door, there was just a wall, not any room. That means her son just lost in the wall. That may sound crazy. So let’s move to the next.

The next morning she was sitting helpless, her son John just disappeared, and her husband was murdered and was declared as the victim of her whole family’s murder whether she was innocent. She was punished in jail for 25 years. After 25 years, she gets rid of jail and goes to her house. Then we see some extraordinary things in her family and with her earlier before the incident.  A Father comes to help her prove that she is innocent and tried to make her believe in Got (she doesn’t believe in God because the things happened to her).

Father research and got something very unbelievable. She finds out that this is one kind of time loop happening in this house every 25 years and today is that day. He wanted to leave her that house, but she still believes that her son John is alive and she will take her back. So stays in that house and the things were started happening on that night. Then she went to the past, in 1992, through the wall door, and we see that the starting scene is repeating.

Older, she killed her husband and took her son John to the present in 2017 through the wall. Younger, she saw that her son is disappearing. She took her in 2017 and met Father (her son’s friend). Here the movie ended. But still, you too many questions, though, let’s try to make things clear.

And lastly, in 2017, old Emily goes downstairs of her room to the basement. Then that night, on 11th November, 11.11 PM, the basement wall becomes a doorway, and she traveled through the door to 1992. There, for a time gap, every timeline of 25 years gap, all the people who disappeared in the wall, for time overlap, they become together in that room.

When in 2017, old Emily went to 1992, she met her 75 years old son John, who is from the future; John told her that she had two options. One- She had to go to 1992 and kill his husband Zed and took John with her. But this loop will happen again, John has to travel again for 75 years, and he could tell her mother. But if she allows his husband Zed to kill John, the loop will complete. All things will not happen again. But Emily chooses to save his son John.

Emily took John with her and introduce him to his old friend; the movie ends. That means the time-loop will be continued! As we saw before in the movie, old John is talking to old Emily. That John was from the 75 years future.

You may have a question in your mind: do the other families have this kind of time loop there?

The answer is NO! Because they disappeared the entire family. But here, Emily was the only one alive. So she was able to get back to the past. And for the time overlap, every family member appeared then there.

The incident happened with Emily in 1992, and after 25 years, she, with the father, figured out that this incidence happens every 25 years. She decided to stay at this house that night in 2017 because she believed that her son is still alive and could take him back.

But my question is, How is it possible that she saw her son John from 75 years future?

And the incident happened the first time when older Emily appeared there in this room, how was that?

If you can, please explain this. I am curious about that. I really appreciate any help you can provide. 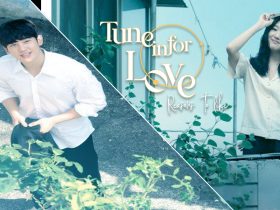 Reasons Why You Must Like ”Tune In for Love” Movie 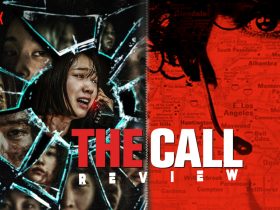 The Call 2020 Movie: A Masterpiece Of Time Travel And Butterfly Effect 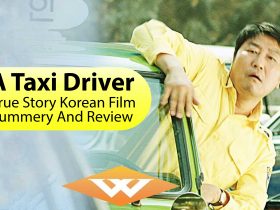 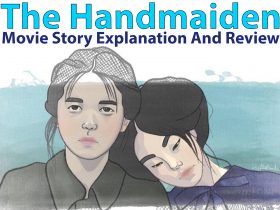